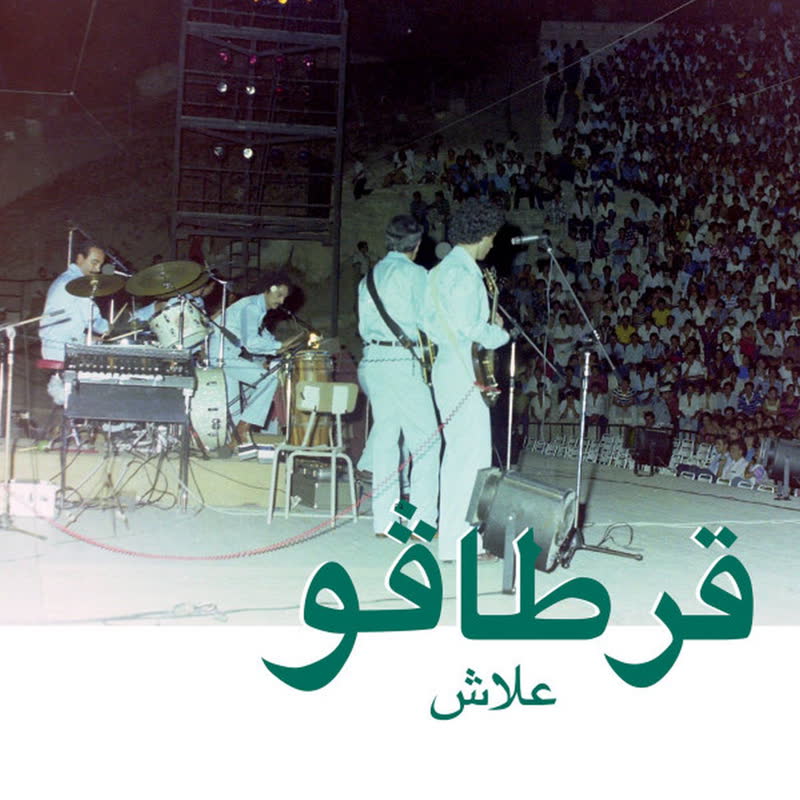 No formats currently available for purchase on this release. This may be due to territorial / service restrictions or current stock availability.

When we first decided to start Habibi Funk, a label dedicated to re-releasing "funky" Arabic music from the 1960s to 1980s, a band called Dalton was the first release we worked on. Dalton was a band from the Tunisian capital of Tunis and they played a unique mix of soul & funk with an Arabic DNA. We licensed the release from the band's composer Fawzi Chekili, and when we spoke to him on the phone in preparation of the release he mentioned another band he was part of, called Carthago. Our work with Habibi Funk is like a big treasure hunt. There are too many great bands that fully vanished into obscurity and didn't leave any traces in the digital sphere yet. We are so used to the internet providing all informations we might be looking for, but Carthago was one of those bands where the internet largely failed to provide any infos despite the fact that Carthago created some incredible music in the form of an highly infectious Tunisian take on disco music. Luckily most of the members of the 1970s musical scene of Tunis are still around to tell their story.

Carthago was founded in the late 1970s as a fusion of Dalton and a second band called Marhaba Band. Both bands frequently played at hotels and night clubs in Tunis and Sousse. They had similar musical influences and despite the fact that they were competition for the most part, they came up with the idea to join forces for a new band. Musically Carthago kept on walking on the musical path of Dalton and Marhaba but incorporated disco music, a new style that was making its way to North Africa from Europe and North America. The band had quite some success on local radio and played a number of big shows with thousands of people showing up. The band's concerts were a mixture of their own compositions as well as cover versions of the hits of the time from Stevie Wonder to Chicago. At the end of the 70s they went to Paris to record their only, self titled album. For our reissue we picked out two of our favorite tracks: "Hanen" and the outstanding disco version of the Dalton track "Alech" which has proved to work on every dance floor we played over the last two years.

When I came to Tunis for the first time after the Dalton reissue I met Fawzi in person. He still lives in Tunis and still works as a full time musician though his focus has shifted more towards Jazz over the years. Luckily he did not only keep a spotless copy of the Carthago album but he also kept the master tape of the instrumental versions of the album which to this day were unreleased. Being able to add exclusive content to a reissue is something that is rare and we feel highly privileged to be able to do so. Futher more we are so happy that we will be able to add something new to the bands legacy not only musically but also visually: One day I realized that most of the releases from Tunisia I liked, be it from Dalton, Carthago or Marhaba Band had the same photographer credit.

Hassen Turki started taking photos at a young age and when he was 18 he started going to the gigs of the bands of the time that were playing in the Marhaba Hotel which was managed by his father at the time. He became friends with the bands and ended up being the person to be asked when it came to shooting the photos for the covers of the records. After some research I managed to get in touch with Hassen and met him in his hometown Sousse. Luckily he kept most of the negatives of the photos he took so we're more than happy to be able to share these unseen photos with whoever is interested.