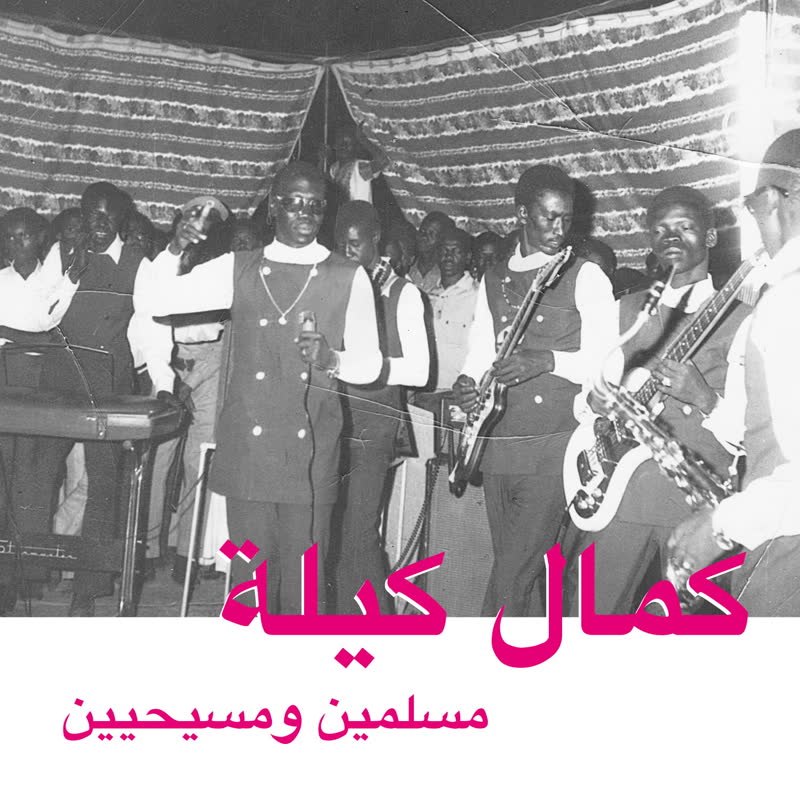 Songs about the unity of Sudan, peace between Muslims and Christians and the fate of war orphans, backed by grooves equally taking influence from Arabic sounds, American funk as well as neighboring Ethiopia.

Kamal Keila was among the first artist we met in Sudan during our two trips to Khartoum and Omdurman last year. He is one of the key figures of the Sudanese jazz scene that was a vital part of the musical culture in Sudan from the mid 1960s until the islamist revolution in the late 1980s. When we meet Kamal he luckily presented us with two mold covered studio reels.
Each tape included five tracks. One with English lyrics and another with Arabic ones. Musically you can hear the influence of neighboring Ethiopia much more than on other Sudanese recordings of the time, as well as references to Fela and American funk and soul. His lyrics, at least when he sings in English which gave him more freedom from censorship, are very political. A brave statement in the political climate of Sudan of the last decades, preaching for the unity of Sudan, peace between Muslims and Christians and singing the blues about the fate of war orphans called "Shmasha".
A note inside one of the boxes specified the track titles, durations and the fact that the sessions were recorded on the 12th of august 1992. Both sessions stand as a hearable testament how Kamal Keila stuck to a sound aesthetic from decades ago, while incorporating current events into his lyrics.
Kamal Keila's album is the first in a series of releases covering the Sudanese jazz scene on Habibi Funk. Be on the lookout for albums by The Scorpions and Sharhabeel coming soon.