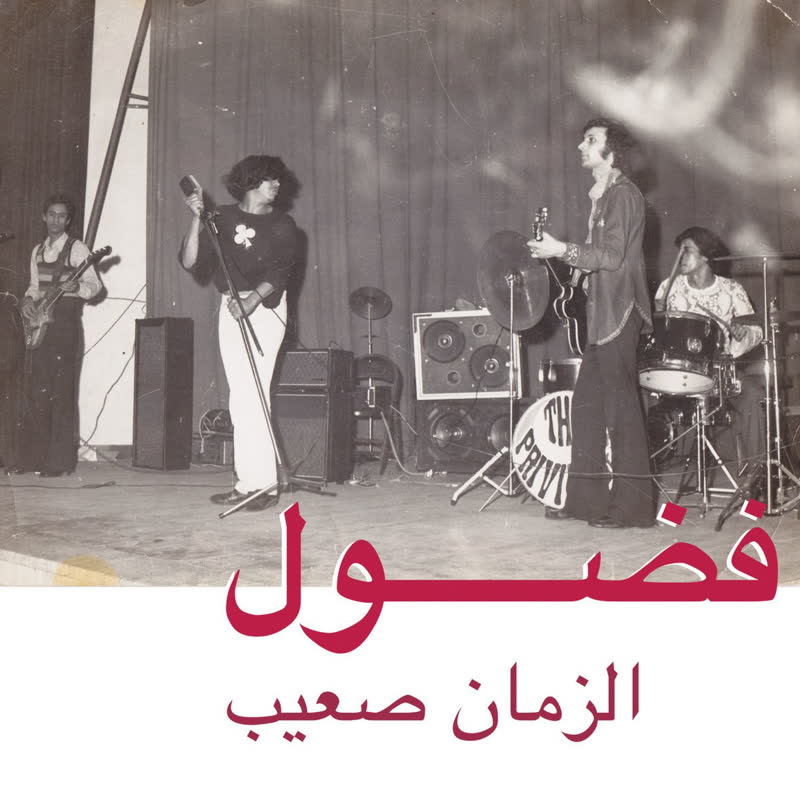 8 tracks of raw Arabic funk music, none of these have ever been reissued before. So far Fadoul (or Fadaul, or Faddoul, the transcribtion of his name to latin letters differs)& his music had not been rediscovered, as a matter of fact most of those songs still left no trace whatsoever in the world wide web. It took us 2 years and countless trips to Morocco to find the artists family to license the release from them. Vinyl and CD edition come with liner notes, unseen live photos and lyrics translations.

From the press release:
"There was one record in particular that caught my attention. It was by a band called "Fadaul et les Privileges" and mentioned James Brown in the writing credits of the song "Sid Redad" on the a-side. Needless to say my expectations were high. The first time I heard the record I was blown away. A cover of James Brown's "Papa got a brand new bag" sung in arabic and backed by a rawly recorded three piece band. It's hard to describe the music without having listened to it, but as time went by I somehow ended up summarizing it as Arabic funk played with a punk attitude. A description, that I feel, comes fairly close. Soon I became obsessed by the record but nobody seemed to know anything about the vinyl or the artists, even google didn't help. A true gem forgotten about through the passages of time. I kept on traveling to Morocco trying to find infos about the artists, which did not end up being fruitful during the first couple of trips. What kept me going was the fact that over the course of the next years I kept on finding different records by Fadoul, in the end a total of four. They all had the raw sound aesthetic of "Sid Redad". Energetic performances, a mighty voice and a very lively atmosphere that was preserved in the recordings."

"Sid Redad" has gotten plays on BBC, Radio Nova and more, our Habibi Funk mixes habe been featured by The Guardian, Radio Nova, Waxpoetics, okayplayer.com, konbini.fr and many more.